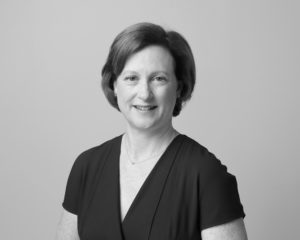 Urban Land Institute (ULI) Washington announced today the appointment of Liz Price as its new Executive Director effective October 28th, following Lisa Rother, who is retiring at the end of the month.

Price, a member of ULI, brings 20 years of experience in economic and community development. She has been actively involved in transforming neighborhoods in Washington, DC, including The Wharf and NoMa. She served on a local Technical Assistance Panel (TAP) in historic Anacostia, was involved in the early stages of planning for the Regional Land Use Leadership Institute, was actively involved in planning for the Fall Meeting in Washington, DC and is currently working with ULI Washington on a case study of The Wharf.

“We’re thrilled to have someone of Liz Price’s caliber taking the helm to lead ULI Washington, said Jamie Weinbaum, Chair of ULI Washington and Executive Vice President of MidCity. “We look forward to working with Liz to further grow the organization and continue to be the pre-eminent real estate land use organization in the region.”

Price assumes the position held by Lisa Rother, who is retiring after 12 years as the Executive Director. Rother was formerly the Planning Manager in Montgomery County, MD and spent over 18 years in the Planning Department at the City of Rockville, ultimately holding the title of Chief of Planning.

“We are grateful for Lisa’s contribution to making ULI Washington the second largest and one of the most successful in the country,” shares Yolanda Cole, Chair of the Governance Committee and Senior Principal and owner of Hickok Cole Architects. “After a national search and a slate of well-qualified candidates, we are thrilled to have selected Liz Price as our next Executive Director.”

Price brings experience across the public, private and non-profit sectors and a deep understanding of the challenges and opportunities facing the DMV region. As the President of the NoMa Business Improvement District, she helped rebrand and guide public and private investments in the rapidly growing neighborhood adjacent to Union Station with a staff of ten and an annual budget of $2 million. Prior to her work in NoMa, Price led the City’s efforts to redevelop 25-acres along the Southwest waterfront, serving as a Vice President at the Anacostia Waterfront Corporation and as Project Manager for the Deputy Mayor for Planning and Economic Development. She has worked on public housing revitalization at HUD and most recently as Director of Public Private Partnerships for Hoffman & Associates, developer of The Wharf, a $2.5B mixed-use waterfront development.

”I am excited to have the opportunity to serve our industry as well as the region.  I look forward to applying the talents and expertise of our 2,500 members and best practices from ULI’s global network to the pressing challenges of our region and serving as a resource to policy makers, communities, and the press. I am eager to support the professional development of our members as well as further ULI’s efforts to diversify its membership and the industry at large.”