Virtual ULI
The ULI Michigan WLI chapter is proud to present another year of BUILD UP Breakfast Clubs: Empowering women in real estate to build better communities together. The program launched in 2019 and is now being introduced to other District Councils across the Americas. Register once for all four 2021 breakfasts'.
Registration is required to receive virtual meeting information and is limited to members and non-members who identify as a woman.
Register Yourself Register Two or More
View Event Attendees
Currently, breakfast clubs are being held virtually and will tentatively schedule in-person/hybrid options later in the year. Current locations include: Detroit, Lansing, Marquette, Bay City, Grand Rapids, Kalamazoo, and Ann Arbor. If you are a ULI member part of a different District Council – an in-person option will vary.
** 2021 Breakfast Schedule**
Q1: Tuesday, March 16th, 11:00am-1:00pm EST
Q2: Tuesday, June 1st, 11:00am-1:00pm EST
Q3: Tuesday, October 5th, 11:00am-1:00pm EST
Q4: Tuesday, December 7th, 11:00am-1:00pm EST
Meet Our WLI BUILD UP Captains:
More Information Coming Soon! 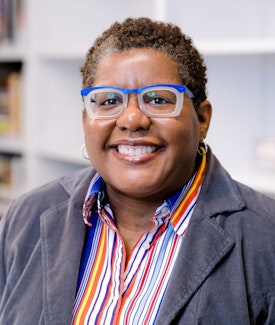 Kimberly Driggins is the Executive Director of the Washington Housing Conservancy (WHC). Launched in 2018, WHC preserves affordable and workforce housing, prevents displacement, and promotes economic mobility, especially for low- and moderate-income African Americans and other people of color. WHC is committed to creating thriving, inclusive, mixed-income communities throughout the D.C. region. Ms. Driggins has an extensive background in urban planning and real estate development and prior to her appointment at WHC, she served as Director of Strategic Planning/Arts and Culture for the City of Detroit’s Planning and Development Department. Ms. Driggins also served as Associate Director of Citywide Planning for the District of Columbia’s Office of Planning from 2008-2015. Ms. Driggins is a nationally recognized expert in urban placemaking and has creative placemaking projects in both Detroit and Washington, DC. She currently serves on the boards of Project for Public Spaces, PennPraxis, and was Board Chairperson for Gehl Institute 2017-2019. She has a BA degree from Hampton University, an MPP from the University of Chicago Harris School of Public Policy. Ms. Driggins was awarded the prestigious Loeb Fellowship from Harvard University’s Graduate School of Design in 2015.
View in Member Directory Will open in a new window 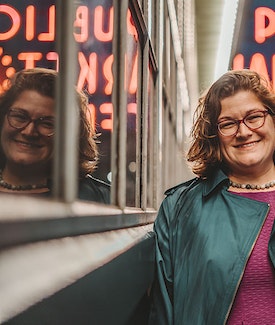 Jess Zimbabwe is the Principal of Plot Strategies. She served until recently for ten years as the founding Director of the Daniel Rose Center for Public Leadership—a partnership the National League of Cities (NLC) and the Urban Land Institute (ULI). The Center’s flagship program was the Daniel Rose Fellowship, which brought the mayors and senior leadership teams of 4 cities together for a year-long program of learning from land use experts, technical assistance, study tours, leadership development, and peer-to-peer exchange. The Rose Center also convened thought leaders, conducted research, and delivered educational programs on topics of public/private interest in real estate development, design, planning, economic development, and land use strategy. Jess was also a member of the senior management teams at both ULI and NLC. Previously, Jess was the Director of the Mayors’ Institute on City Design. In that capacity she worked with over 125 American mayors and cities to help local leaders better understand issues of urban design so that they could advocate for better built environments in their own communities. During her time at the Mayors’ Institute, she also served as Vice President for Programs at the American Architectural Foundation, overseeing that organization’s Great Schools by Design program and developing the Sustainable Cities Design Academy. Prior to that, Jess served as the Community Design Director at Urban Ecology, providing pro bono community planning and design assistance to low-income neighborhoods in the San Francisco Bay Area. Her primary project was the design and development of a community cultural center in the San Antonio district of East Oakland. Jess is a member of the urban planning faculties at Georgetown University and the University of Washington. She earned a Master of Architecture and Master of City Planning from UC Berkeley and a B.A. in Architecture from Columbia University. Jess was an Enterprise Rose Architectural Fellow, an Urban and Regional Policy Fellow at the German Marshall Fund, and a Fellow of the Women’s Policy Institute of the Women’s Foundation of California. She served from 2012 to 2017 Main Street America. She held a mayoral appointment to the Washington, DC Green Building Advisory Council for seven years. She is a licensed architect and a LEED-Accredited professional.
View in Member Directory Will open in a new window 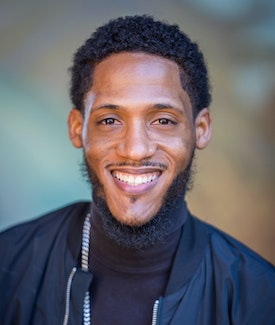 Orlando P. Bailey is Director of Engagement for BridgeDetroit, co-host of the podcast Authentically Detroit, and host of Urban Consulate in Detroit. Previously, he served as Chief Development Officer for the Eastside Community Network. A lifelong Detroiter, he learned how to practice community development in the neighborhood where he was born. Rooted in his faith and radical love for his community, Bailey is a passionate advocate for city residents as experts in their lived experience.
View in Member Directory Will open in a new window 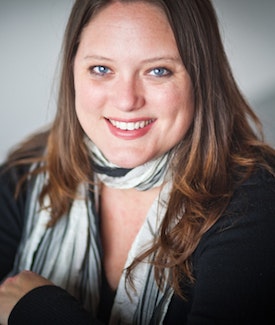 Claire Nelson is co-founder of Urban Consulate, a network for urban exchange. Since 2016, the Consulate has hosted hundreds of conversations in Detroit, Philadelphia, New Orleans, Austin, Cincinnati & Chicagoland to bring people together and share ideas for more just & equitable communities.
View in Member Directory Will open in a new window