A DIFFERENT VIEW OF THE PANDEMIC 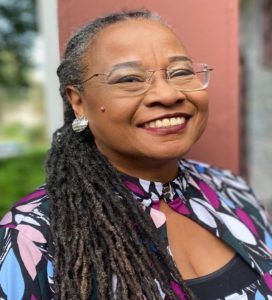 It is no accident that the Covid-19 pandemic is coinciding with global unrest. The pandemic has exposed how deeply-entrenched social, political and economic inequities have literally and metaphorically infected the world. Resolving these inequities will determine how all of us will thrive in a post-Covid world. Changing how the real estate industry operates can lead the way in addressing these inequities. This thought came to me while researching a paper on Alternative and Affordable Housing in Africa, for my Master of Business Administration from Georgetown University.  The practices of ancient times to the early 20th century created the conditions in which we live today.

Living in a resource rich environment, ancient Africans organized communally, with elders at the top of the hierarchy and everyone had a role to ensure there were sufficient provisions for all. Europeans in Great Britain, France, Germany and Spain, lacking the resources and population of Africa and the Americas, developed more quickly into a feudal system. They focused upon developing the capacity to manufacture raw goods, build ships and weaponry. Instead of trading on their knowledge for labor and resources, they used it to enlarge their territories, enslave and exploit the riches of others. This came to a head in World War II when European nations turned on each other to expand their empires. Africans then rebelled and took back their continent. [i]

How is this relevant today? It created two of the most intractable issues of our time: inherent racism and unequal distribution of wealth.

Indentured servitude transformed America, enriched it enough to gain independence from the British Empire and made it the financial center of the world.[ii]

Over time, 400,000 slaves became millions of residents, but whites did not see them as citizens deserving equal access to opportunities for education, housing and capital. The black, and ultimately brown people, who created America’s wealth were intentionally denied its spoils.

Real estate professionals actively and legally worked with the federal government to redline 239 cities, from the 1910-1930s.  Public housing kept black and other low income populations segregated from middle class whites, who were able to freely purchase housing anywhere.[iii] These racist practices and policies, which endured legally for over 130 years, created today’s extreme wealth gap between blacks and whites: 44% ownership versus 73% for whites. According to the Brookings Institute, the average net worth of black households is $17,000, versus $171,000 for white households. [iv]

Compounding this is the American corporate practice of distributing wealth generated by an underpaid workforce to CEOs, upper management and shareholders. The typical Fortune 500 CEO makes up to 5,000 times the wage of its workers, an average of $10.5 million annually; and proportionately more than any other nation in the world. [v]  When corporate profits fall, the first cuts made are almost invariably to workforce layoffs that put legions of people in jeopardy of homelessness and financial ruin. Those who are able to retain their job, struggle to live on their wages and lack sufficient health care. We are seeing this play out now, as the pandemic forces a contraction across major industries.

So how do we fix this in the Covid-19 environment in order to come out stronger and better? Here are some ideas:

– Redistribute wealth. Impose a fair tax on those making over $2 million, pay the workforce a truly livable wage and give them true representation on boards of directors. This should include subcontractors and business partners, so that all who contribute to wealth generation benefit from it.[vi] 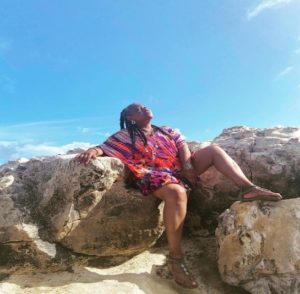 – Within the industry, include people of color in leadership structure; hire them as employees, vendors and as business partners. If you claim there are no “qualified minorities,” then create them.  Take people of color under wing, as was done for many whites who own or control construction and development companies. Establish mentoring programs and internships that result in actual placements. Institute programs like Clark Construction’s “Strategic Partners,” which hones 15-20 minority firms each year to become strong subcontractors. Engage with such organizations as The Women of Color in Community Development (WCCD) which is launching an initiative called, “Entrust a Black Woman,” that connects to a reservoir of community development professionals.[vii]

Nothing will change in America without a wholesale shift in economic, political and social equities. As corporations downsize, they should reduce wealth distribution at the top to retain those at the bottom. When that happens, there will be fewer uber rich or homeless people, no reason for unrest, healthcare for everyone, equitable development and investment in all areas.

We will all be stronger and better for having made the effort.

The views expressed in this article reflect the personal opinion of the author, Kay Pierson, and do not necessarily reflect the views of United Planning Organization.

[i] Walter Rodney, How Europe Underdeveloped Africa, (first published in 1972 in Great Britain, by Bogle L’Ouverture Publications) 2014 revised edition reprinted by African Tree Press. Detailed chronicle of the development of Africa from the 1400s to 1970.

[iii] Antero Pietila, Not in My Neighborhood, Ivan R. Dee (Chicago 2010). Mr. Pietila details the development of residential real estate in cities, using Baltimore as a case study, from the early 1900s, and chronicles laws, policies and practices designed to keep black out of good neighborhoods.

ULI Washington has filled Management Committee positions for the FY 21 year. The new appointment are...