In January ULI’s  Young Leaders’ Programs Committee hosted “The Affordable Housing Development Toolkit: Case Studies from the DMV Region.” Going beyond the basics of affordable housing, the event sought to provide an in-depth look at some of the unique and progressive development and financing structures that have been used and can serve as a model, for affordable housing production across the DMV region. 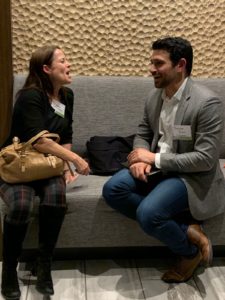 The program was held at the Harlow, a vibrant mixed-income apartment community in DC’s Navy Yard neighborhood, and the subject of one of the event’s case studies. Brett Macleod, Executive Director of Community Banking at JPMorgan Chase began by introducing a panel of experts to present three recent affordable housing projects. Each case study detailed the partners, financing tools, and deal structures that enabled the project to come to life. 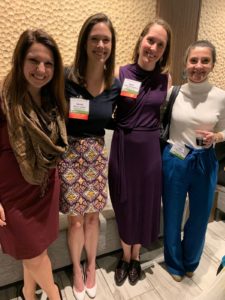 Kelli Brooks, Managing Director of Finance at Urban Atlantic discussed the Harlow, which was developed in a public-private venture by Urban Atlantic, Brookfield Properties and the DC Housing Authority as part of the Arthur Capper/Carrollsburg public housing redevelopment. The project includes 143 market-rate units and 36 public housing units. While the units are indistinguishable and evenly spread throughout the building, Kelli described how Urban Atlantic created a condominium regime to legally bifurcate the market rate and affordable components and enable them to be separately financed. As such, the 80% market rate component could attract traditional equity investors at market returns, while the 20% affordable component could benefit from affordable housing financing mechanisms, such as LIHTC and DC Housing Production Trust Funds. 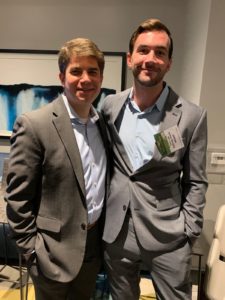 Next, Kayrine Brown, Chief Investment and Real Estate Officer at the Housing Opportunities Commission (HOC) of Montgomery County, MD spoke about Elizabeth Square in downtown Silver Spring. The project is another public-private partnership, with a team consisting of HOC, Lee Development Group, and Montgomery County. It includes three buildings totaling 906 units, 36% of which will be affordable. The project’s second phase, Elizabeth House III, recently broke ground. It was made possible by a long list of financing programs and strategies, including HUD’s Rental Assistance Demonstration Program (“RAD”), County Housing Initiative Funds, and LIHTC. Notably, the project benefited from a recent change to the LIHTC regulations that allowed “Income Averaging.” Previously, only units under 60% of AMI counted towards a project’s eligible basis. Now, Income Averaging allows units ranging between 30% and 80% of AMI to count, as long as the overall average remains below 60% of AMI. Following this new methodology, the partnership was able to nearly double their equity raise ($35MM vs $18MM). The additional rent proceeds coming from the units at 80% of AMI also allowed the project to support more debt. 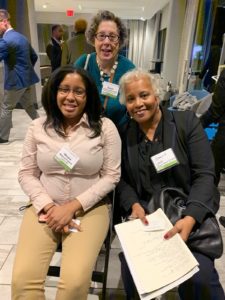 Finally, Alan Goldstein, Director of the Multifamily Division at AHC Inc. provided an overview of The Spire in Alexandria, VA. Unlike the preceding public-private partnerships, The Spire was brought about by a faith-based partnership between AHC and the Episcopal Church of the Resurrection (ECR). Recognizing that their space needs had changed, the church’s congregation voted to dedicate their site for the construction of affordable housing. The Spire’s 113 units will all be affordable at levels ranging from 30% to 60% AMI and will deliver in 2021, along with a new ECR worship and programming space. Beyond the church’s land dedication, the project was able to bridge a financial gap with several national and local grant awards and loan programs. 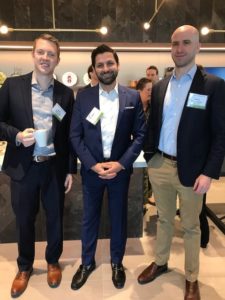 The event attracted a diverse crowd of more than 70 real estate professionals in all aspects of the industry. Following the case study presentations, the audience had a chance to participate in a Q&A session and dive further into the details of how an affordable housing project comes together. Questions touched on financing application processes, legal structures, construction methods and ongoing operations, among others.

At the conclusion of the panel session, attendees were able to tour the Harlow and see just how good affordable housing can look when you’re able to strategically leverage some of the tools discussed. They were also invited to linger and enjoy refreshments and continued conversation. 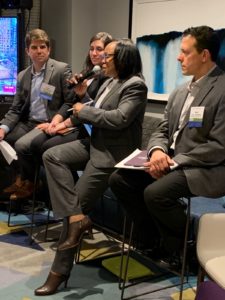 We thank Shulman Rogers for sponsoring and Urban Atlantic and Lidia Bardhi for hosting. Additionally, we thank all of our panelists and participants for sharing best practices and continuing the conversation on how we can all better work to preserve and create affordable housing.

Designing for the New Decade: Architects and Developers Preview What’s Coming in the 2020s

On January 28th ULI Washington’s Young Leaders Group held a panel discussion with architects, developers, and policymakers who are talked...